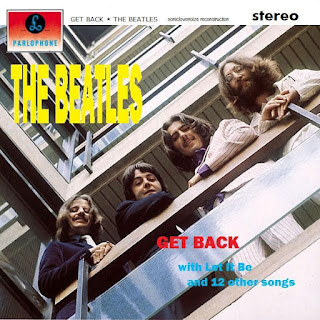 The purpose of this reconstruction of the Get Back album is to attempt to successfully create the album that The Beatles set out to make in 1969, as all four versions of the Get Back/Let It Be albums were fatally flawed in some way.  My reconstruction divides the material into two groups, featured on each side of the album: Side A features mainly the songs performed on The Beatles’ rooftop performance, and Side B features the remainder of the songs from the session, the “in-studio” songs.  Also, most of the basic mixes used are the superior Let It Be…Naked versions, but interplayed with chatter and linking material pulled from either Phil Spector’s Let It Be or the second Glyn Johns mix of Let It Be.  The bootleg source of the later is from Dr. Ebbitt’s phenomenal remaster.  An attempt was made to include the best takes of the material, while also retaining the loose and improvisational spirit of the sessions--a mock Beatles live recording.  The track sequence was designed for cohesion and flow.  So, enjoy the Beatles album that never was, a fantastic album that fits perfectly as the link between The White Album and Abbey Road…