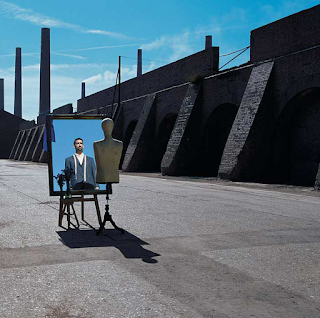 
In honor of the announcement today that The Mars Volta are breaking up, I thought I’d share this album reconstruction I created recently.  This is a reconstruction of what The Mars Volta’s 2005 album Frances The Mute was supposed to be, notably with the addition of the title track crossfaded into “Cygnus…” to open the album, as well as the closing 30-minute epic “Cassandra Gemini” reunited as one track, instead of split into eight pieces.  The main source used for my reconstruction was a high quality vinyl rip to secure the dynamics that were lost on the overly compressed and brickwalled CD version.  My Frances The Mute reconstruction is thus divided into two 45-minute discs, hence its subtitle.  The vinyl side divisions are ignored here, as one would have to break up “Cassandra Gemini” ten minutes into the song, defeating one of the purposes of this reconstruction.
The first task in this reconstruction was to edit out the locked grooves in the vinyl version.  On the record, the locked grooves contained short samples of the songs themselves, so that as the needle moves into the locked groove, the song will play endlessly.  Obviously this needed to be removed for my reconstruction.  All tracks have been edited to mimic the CD version of the album without the locked grooves, and in some instances a short sample of the actual CD pressing was needed to patch in a missing gap of audio.   This would have only been for a few seconds, and the volume of the CD-sourced patches were adjusted to match the vinyl mastering.

The next task was to restore “Frances The Mute” as the opening track of the album.  Unfortunately, there was no quality vinyl rip of The Widow single available for my reconstruction, so the CD version is instead used, volume adjusted to match the vinyl-source.  The song was crossfaded into the beginning of “Cygnus....Vismund Cygnus“, with the “Sarcophagi” intro to “Cygnus” acting as the resolution of the tension created at the end of the “Sarcophagi” ending of the title track.  The decision was made not to seamlessly crossfade the “Sarcophagi” riffs of the two songs together and thus omitting a couple minutes of ambient effects over the repeated “Sarcophagi” riff, for the sake of staying with the album’s motifs  of lengthy atmospheric and experimental passages between the proper songs.

The final element to be corrected in my Frances The Mute was to rejoin the erroneously fractured “Cassandra Gemini” into one 32-minute track, as many fans are adamant that is the correct option for an optimal listening experience.  Again, the locked groove was edited out and the brief missing audio was patched in from the CD to make a continuous vinyl-sourced “Cassandra Gemini” that follows the CD version.  By the way, if one was to break “Cassandra Gemini” into its five correct movements, the splits would be at 11:25, 21:51, 28:44 and 31:38.

Enjoy what I believe is one of the masterpiece rock albums from the last decade, in what I believe was how The Mars Volta intended the album to be, with the best possible dynamic range.