The Who - Who's Lily (UPGRADE) 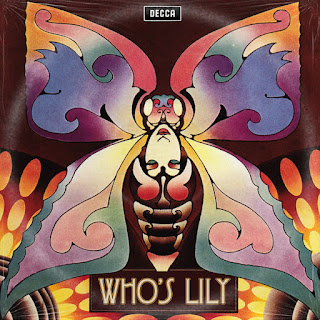 Continuing my set of “Social Distancing” bonus uploads—once a week until we’re out of quarantine—is a long-requested upgrade to The Who’s unreleased 1967 album Who’s Lily.  Standing as the working title of their follow-up to A Quick One—or Jigsaw Puzzle in my continuity—the album was revised from a loose collection of songs into a conceptual framework that mimicked a pirate radio broadcast and released as their seminal album The Who Sell Out.  This reconstruction attempts to reproduce what the original incarnation of the album could have sounded like, before the Sell Out concept.  Some new edits were created and several tracks crossfaded for continuity.   The album is again presented all in mono—as all early The Who should!—and uses the best possible masters for each track.

Upgrades to this March 2020 edition are:


As London entered 1967 and became a lot more swingin', The Who found themselves in a rapidly changing music scene.  Contemporaries Cream and The Jimi Hendrix Experience were laying the ground for a more wild sound and The Who’s mod image was beginning to seem outdated.  To keep up with their competition, The Who returned to IBC studios in early April to cut a handful of songs for a new single: “Glittering Girl”, “Doctor Doctor” and “Pictures of Lily”, the later being an exquisite specimen of power pop, concerning masturbation.  The song was just what The Who needed and shot up the charts, establishing The Who as a force that once again could be reckoned with in this upcoming year of musical change.  In keeping up with these tides, the band planned to follow the single with a purely instrumental EP and even recorded a duo of songs for it—the bass-driven “Sodding About” and a crazed rendition of Edvard Greig’s “In The Hall of the Mountain King” from Peer Gynt.  Although the duo of songs seemed to anticipate and embrace the forthcoming psychedelia craze, the results were less than satisfactory and the instrumentals were set aside, the EP concept scrapped.  The Who would have to go back to what they did best: writing great pop songs and performing them with gusto.

In May the band returned to the studio to cut a slew of new songs for their forthcoming third album, built around the previous month’s success of “Pictures of Lily”, making the album’s provisional title Who’s Lily.  Much had been learned from splitting the songwriting duties on A Quick One, and all Who members once again contributed original material: Daltrey offered “Early Morning Cold Taxi”; Moon offered “Girl’s Eyes”; Entwhistle offered “Someone’s Coming”; Pete offered what he thought was his magnum opus, “I Can See For Miles”; and finally “Armenia City in the Sky”, a song written by Pete’s driver Speedy Keen (of Thunderclap Newman) which fully captured the current psychedelic era.   With half an album started, The Who turned their eyes across the Atlantic for a handful of shows in New York and a spot in the famous Montery Pop Festival, co-headlining with The Who’s chief British competition: The Jimi Hendrix Experience.  Briefly returning home to De Lane Lea Studios in July, The Who cut the basics for two more Who’s Lily tracks, “I Can’t Reach You” and “Relax”.  They immediately left for a three-month tour of North America with Herman’s Hermits and additional work on Who’s Lily would have to be done on the road, across the ocean.

The Who's seafaring seemed to be an influence on the new album, as Townshend unearthed a rock opera he had been composing since the beginning of the year, concerning a soldier from the fictional country of Rael who travels across the sea to battle the invading Chinese.  In an attempt to finish Who’s Lily for its proposed summer release, Townshend whittled his rock opera down from 30 minutes into a 10 minute opus; it was further whittled down as much as possible for consideration as a single!  “Rael” was recorded at Mirasound Studios in New York with Bob Dylan’s keyboardist Al Kooper, but it’s 6-minute run time excluded it from a single release and "Rael" was tossed into the batch of other album-contenders.  Two more songs were recorded at Mirasound with further August recording at Columbia Studios in Nashville for the single that “Rael” could not occupy: a balled called “Our Love Was” and another power-pop song about masturbation, “Mary Anne With The Shaky Hand”, the later released as a single in the US.  After more work was done at Columbia Studios to complete the unfinished tracks recorded throughout the year, as well as a September session at Goldstar in LA to complete “I Can See For Miles”, a total of ten album contenders were to be paired with “Pictures of Lily” (and possibly it’s b-side “Doctor Doctor” or session outtake “Glittering Girl”).  This was most certainly the Who’s Lily album, but was it the best album The Who could muster in this changing musical climate?  Was it a good idea to build an album around a straight-ahead power-pop song midst the increasingly colorful Summer of Love?  The Who gave pause to Who’s Lily and they would have to come up with the album’s selling point.

Throughout 1967, The Who recorded various commercial jingles, including adverts for Coke in April and Great Shakes in May.  Perhaps the success of these adverts inspired The Who to use it as a framework for a redesigned Who’s Lily.  Upon returning home in October, The Who hit the studio and cut a number of ridiculous faux commercial jingles: “Medac”, “Top Gear”, “Heinz Baked Beans” and “Odorono”.  These jingles would be interspersed throughout the proper Who songs on their upcoming album, designed to replicate a pirate radio broadcast.  This sudden burst of inspiration fueled the band to pump out several more proper Who songs to trump the weaker material recorded earlier in the year: Entwhistle’s creepy character-study “Silas Stingy”; Townshend’s paced classic “Tattoo” and the atmospheric acoustic ballad “Sunrise”; updated versions of “Glittering Girl” (now with a stronger rhythm and Roger’s vocal), “Mary Anne With The Shaky Hand” (now acoustically laid-back) and “Rael” (now more typically power-pop but lacking the psychedelic majesty of the New York version).  Choosing the original “Rael” over the new version (although the final minute was edited off due to time limitations of the LP), several more jingles were cut—"Jaguar", “Premiere Drums”, “Rotosound String”, “John Mason Cars”, “Bag O’ Nails”, “Charles Atlas” and “Track Records”—and Sell Out was completed.  Released in December, it was a critical and commercial success, being one of the most obvious and intentional rock concept albums, one which pushed into the borders of pop-art.  But is there a way we can hear the original commercial-free version?

For this reconstruction of Who’s Lily we will stick to the batch of songs prepared up until the end of the American tour, as that seems to be the point where Who’s Lily became Sell Out.  We will also exclusively keep the album in mono for two reasons: 1) a stereo “Pictures of Lily” does not exist and 2) early The Who simply sounds better in mono!  All the songs recorded between April and August 1967 are fair game, although we will drop the two weaker Entwhistle tracks “Doctor, Doctor” and “Someone’s Coming”, already featured as b-sides anyways.  We will also exclude “Glittering Girl”, since the more refined version was not recorded until October (which could be saved for Who’s For Tennis, but let’s not get ahead of ourselves…).  Leaving only ten real contenders for the album, we will use both of the instrumentals from April, as they give the album a slightly different and more heavy, psychedelic atmosphere, making Who’s Lily more contemporaneous for 1967.

Side A of my reconstruction begins with “Armenia City in The Sky”, taken from the 2014 HD Tracks remaster of Sell Out, the most pristine source of its original mono mix.  Following is the original US single mono mix of “Mary Anne With The Shaky Hand”, a bonus track from the aforementioned HDTracks remaster.  The pseudo-title-track follows, “Pictures of Lily” taken from its currently best source, The Who Hits 50.  In a nod to the band’s brief initial concept of an instrumental EP, I have included a mono fold of “In The Hall of the Mountain King” from the 2009 Sell Out Deluxe; although admittedly this track probably would not have been featured on Who’s Lily, it serves as an interesting diversion and fits the psychedelic theme of the album.  Following is “Our Love Was” from the 2014 HDTracks remaster, but using the clean intro and outro from the alternate mono mix found.  Closing Side B is the song that is essential to be heard in mono: “I Can See For Miles” from the 2014 HDTracks remaster.

Posted by soniclovenoize at 1:34 PM

Email ThisBlogThis!Share to TwitterShare to FacebookShare to Pinterest
Labels: 1967, pop, psychedelic, rock, who