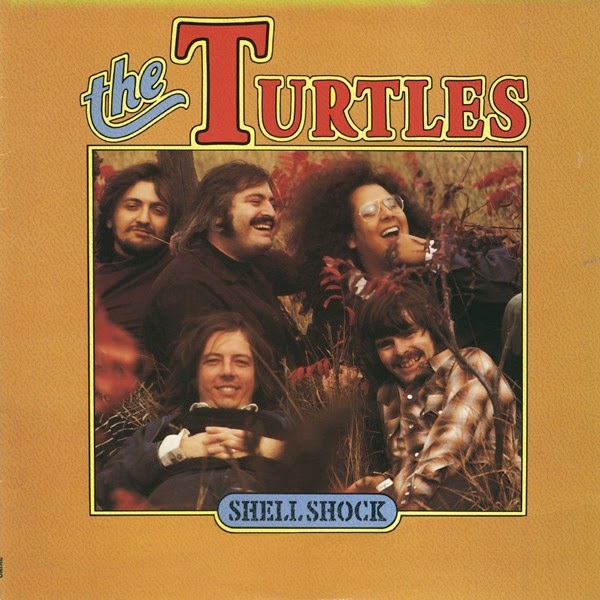 An extreme example of the commercial world destroying the artistic, quite simply: The Turtles are martyrs.  Locked into a record contract so rigid that frontmen Howard Kaylan and Mark Volman were not even allowed to use their actual names after the break-up of The Turtles, much of their career in the 60s were spent fighting the industry that restrained them.  Miraculously, many of their successes were embodiments of this—most notably their hit song “Elenore”, a sarcastic response to their label’s request to write an assembly-line pop hit in the fashion of their signature hit “Happy Together”.  That friction climaxed in 1969 as the band began winding down after years of biting the hands that barely fed them as well as the commercial let-down of their previous album, the Ray Davies-produced Turtle Soup.

In an attempt for a final bravado, the quintet assembled at Sunset Sound studios in late 1969 and began recording their usual mix of originals and outside-written tracks.  Produced by Jerry Yester, the band again sought to record another intelligent and musically diverse album as Turtle Soup, this time a bit more commercial.  Songs known to have been recorded during these sessions include: original songs “Can I Go On”, “If We Only Had The Time”, “There You Sit Lonely”, “We Ain’t Gonna Party No More” and guitarist Al Nichol’s “You Want To Be A Woman”; the Bonner/Gordon leftovers “Goodbye Surprise” and “Like It Or Not”; an authentic cover of Jan & Arnie’s “Gas Money”; and a cover of the band's live staple, Lee Andrews & The Hearts’ “Teardrops”.  But midway through the sessions, White Whale wished The Turtles to have a hit single, and suggested that Kaylan and Volman fly to Memphis and record vocal overdubs on a pre-recorded backing track for the ridiculously corny song “Who Would Ever Thought That I Would Marry Margaret”, penned by professional songwriters Dino and Sembello.  Kaylan and Volman refused, claiming this transgression would reduce their rock band into transparent pop idols.  In retaliation for their refusal to turn their band into a pair of fake pop singers, White Whale chained the doors to their studio at Sunset Sound and even posted guards outside the door, not allowing The Turtles to even retrieve their own gear, let alone finish the album!

Shell Shock remained in the vaults and as Kaylan and Volman regrouped as Flo and Eddie and were absorbed into Frank Zappa’s reformed Mothers of Invention, White Whale continued to exploit The Turtles name, the label’s only charting act.  After re-releasing some of their mid-60s singles, White Whale released the more completed Shell Shock material on the compilation More Golden Hits in 1970.  But time would prove the protagonists as victors, as White Whale went bankrupt and their assets auctioned off in 1974.  Who was it that bought The Turtles back-catalog?  Two gentlemen by the name of Mark Volman and Howard Kaylan!

As “Happy Together” proved to be a timeless classic, the legacy of The Turtles seemed profitable enough for re-releases, this time controlled by the actual founders of The Turtles.  Notable from this first reissue campaign on Rhino Records was an official reconstruction of Shell Shock released in 1987, attempting to match what the band might have released in 1970 had the album been finished!  Unfortunately, Flo and Eddie’s own official Shell Shock reconstruction is long out-of-print and is not even mentioned in the band’s own online discography.  Luckily for us, all of the songs trickled out as bonus tracks on The Turtles reissues on the Repertoire and Sundazed labels in the 90s.  The most recent—which features the most superior mastering—is the anthology Solid Zinc, although the left and right channels are mysteriously swapped.   Even though the band’s own take on Shell Shock is long forgotten, we have no trouble replicating it… or rather, making our own take on it, an album that never was!

My reconstruction of Shell Shock begins similarly to The Turtles own out-of-print reconstruction from 1987, with the bombastic rocker “Goodbye Surprise”.  We are using the master from Solid Zinc but with the channels swapped to be correct.  Following is “Like it Or Not” taken from the compilation Let Me Be: 30 Years of Rock n Roll.  “There You Sit Lonely” and “We Ain’t Gonna Party No More” follow, with Side A concluding with the uplifting “Lady-O”, all taken from Solid Zinc but with the channels swapped.  Unlike the band’s official reconstruction, I am excluding “Cat In The Window”.  While apparently produced by Jerry Yester—suggesting it indeed dates from the Shell Shock sessions—the track sounds unfinished and more reminiscent of an outtake from their first album.  Without more information, the song is dropped to make a more concise album.

Side B deviates a bit from the band’s own reconstruction, as my version opens with the ruckus of “Gas Money”, currently a bonus track from Flo & Eddie's self-released reissue of It Ain’t Me Babe.  Following is “Can I Go On” also from the Let Me Be compilation.  Another deviation from the official Shell Shock is my exclusion of “Dance This Dance”, a track rendered redundant because of the superior version found on the previous album Turtle Soup, as well as the fact that it didn’t even date from the Yester Sessions.  Instead is “You Want To Be a Woman” from the Repertoire reissue of Wooden Head, and then “If We Only Had The Time” from the Repertoire reissue of Turtle Soup.  While many feel that the atrocious “Who Would Ever Think That I Would Marry Margaret” was never truly intended to be on the album, I propose it probably would have been White Whale's condition for the album's release and it is included here as a historical curiosity at the very least.  Note that I am using the extremely rare stereo mix, only released once in 1970 on More Golden Hits; every other release is the mono mix at an incorrect speed  My reconstruction ends with “Teardrops”, taken from the Repertoire You Baby reissue.