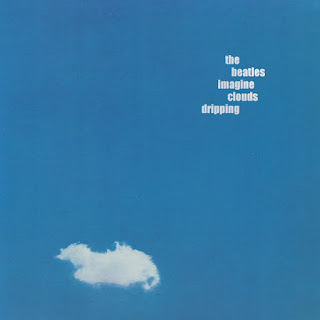 Happy Halloween!  Here it is, my friends, an album that never was that is unrelated to Halloween!  This is an UPGRADE to the second re-imagined album in a series that posits “What if The Beatles never broke up?”  This collection would have theoretically been released near the end of 1971, and uses Lennon’s Imagine and McCartney’s RAM as it’s basis.  Additional tracks are pulled from Harrison’s All Things Must Pass and his “Bangladesh” single, and of course Ringo’s single “Back Off Boogaloo” as it was recorded in Fall 1971.  Notably, this upgrade uses the new All Things Must Pass remix, which sonically fits much closer to the other tracks.  The tracklist has been slightly revised as well, dropping “Power To The People” for “Gimme Some Truth”, which is admittedly more Beatles-esque and was actually familiar to The Beatles in 1969.  I have also replaced the Version II of “Isn’t It a Pity” with the more Beatle-esque Version I, edited to fit on the album.

The songs were chosen not only for quality but for what could continue to carry ‘the Beatles torch’.  While the solo members continued to stylistically diverge, there were always songs that could be described, in my opinion, as “Beatlesque” and we have the luxury of choosing those above the other more idiosyncratic numbers.  The best and least brickwalled/clipping remasters were chosen for source material, volume levels adjusted for song-to-song balance and all songs are tightly book-ended to make a continuous two sides of music.  Also, a completely unique edit of “Dear Boy” and “Bangladesh” is created when the two are hard-edited together, making them a medley.

Musically, Imagine Clouds Dripping abandons the bare-bones arrangements on the previous re-imagining for the lush Phil Spector arrangements George had requested for his songs.  “What Is Life” and “Isn’t It A Pity” are all used on this album because they fit better with the RAM/Imagine contributions than with the Plastic Ono Band/McCartney contributions on the previous album.  Additionally, “Back Off Boogaloo” will be used as this album’s Ringo song, as it was recorded in September 1971, fitting in with RAM & Imagine’s timeline.

Posted by soniclovenoize at 5:00 PM 52 comments: